The ‘heart’ of Taita Taveta Wildlife Conservancies Association is to engage and collaborate with partners and stakeholders in the Tsavo Landscape, most notably the Taita Taveta county government, to create the synergy required for sustainable development and a suitable climate for investment to improve the livelihoods of communities.

To stay on track, TTWCA and the Trade, Livestock and Environment departments of the county government made a concerted effort to formalize their working relationship by developing Memorandums of Understanding. This will streamline their collective efforts toward exploring and nurturing the county’s different sectors, which have tremendous potential.

While streamlining one of the MoUs, with the Trade department, TTWCA chairman Donald Mcharo complimented the accomplishments that TTWCA has had thus far with the county government, particularly the Livestock department, thanks to collective efforts from both sides.

“TTWCA brings together a broad membership constituted of conservancies and ranches spanning 1 million acres. The Taita Taveta county government must defend the ranches in Taita because that is where Taita’s future lies,” Bong’osa said.

He applauded the Trade department’s decision to partner with TTWCA. “The collaboration will ensure that both the county government and TTWCA achieve their goals and objectives of ensuring that the tourism sector nurtures and contributes to revenue streams for the county as well as the conservancies,” Bong’osa added.

Trade executive Daniel Mwakisha, who was present during the discussion, acknowledged the joint efforts that both groups were undertaking. “There have been few previous engagements on tourism glitches, resulting in underdevelopment in the sector, with many board meetings with little impact on the ground,” he said. “There is a need for more strategic efforts like this in the tourism and cooperative sectors because they have been disregarded for a long time.” He praised the CEO, Alfred Mwanake, for his hard work and pledged the department’s complete support.

The MoU is a crucial document and a formal engagement that outlines critical collaborative areas, ensuring the tourism sector thrives. Tourism issues will be addressed effectively and efficiently while working together in line with the Tourism Act and the Investment Bill, with the common objective of promoting tourism in Taita Taveta county.

There are several options available to TTWCA members, thus there was a need for the two sides to work together actively. As a result, TTWCA took advantage of the opportunity to address the concerns of private sector engagements aimed at developing tourism in the county.

“TTWCA has created a tourism map that captures points of interest from Taveta to Miasenyi. There are numerous areas where the county administration and TTWCA may collaborate to improve the livelihood of the Taita people. This relationship would provide more direct and real livelihood benefits to the community and employees in the conservancies and ranches,” said Mwanake, the TTWCA CEO.

With only 16 ranches and conservancies participating in the REDD+ project and a solid income source stream, there is a tremendous opportunity for expanding earnings, particularly through other income-generating activities, where tourism plays a key role.

The MoU was finalized and presented to the county secretary for signing by the governor. Its signing will benefit both the county and the Taita conservancies. 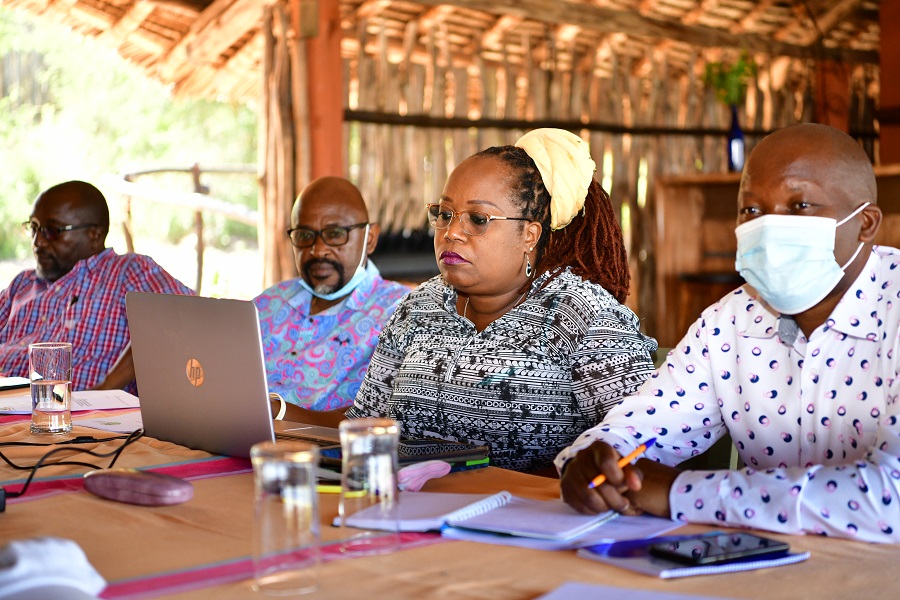